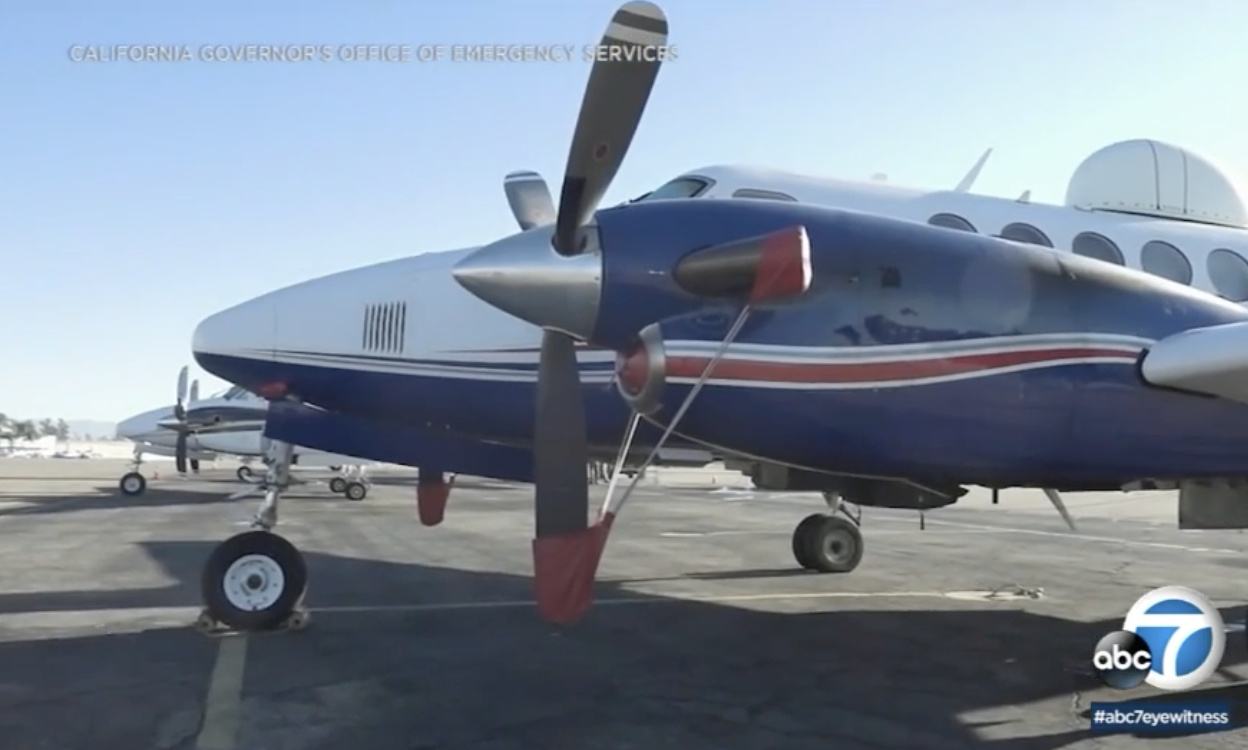 BURBANK, Calif. (KABC) -- A state-of-the-art firefighting aircraft is being called a "game-changer" by state officials, and it can't even drop a single gallon of fire retardant.

"This is really a surveillance and reconnaissance aircraft," said Mark Ghilarducci, the director of the California Governor's Office of Emergency Services.